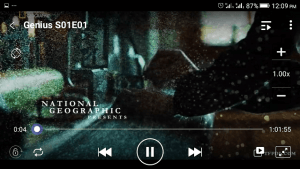 2) Touch the screen of the player, on the right corner,  you will see the plus (+) and subtraction(-) symbol 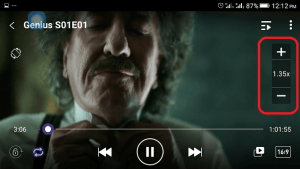