You are here: Home / KM Player / KMPlayer – Sync Subtitle to Audio or Video

KMPlayer – Sync Subtitle to Audio or Video
How to sync (Synchronize) subtitle with KMPlayer using keyboard shortcut or using right click
The KMPlayer is a very powerful and popular media player. It plays almost if not all video and audio files throw at it. It is an excellent player due to the fact that it is free.
The KMPlayer stands strong among major media player for Windows due to its own support for 3D videos and up to 4K display.The KMPlayer also allows users to download subtitle on line and view subtitle with video playing using the player, but most or sometimes, downloaded subtitle are off sync with the video that is sometimes
the audio might be faster than the subtitle or the subtitle faster than the audio.
The KMPlayer has a way to solve this problem, in fact using Hot keys or Keyboard Shortcut Keys. But first let’s learn how to load subtitle into KMPlayer in order to be able to sync or synchronise the subtitle perfectly.
1.  First of all, launch the KMPlayer. (Open the video, you want to synchronise (sync) the subtitle). 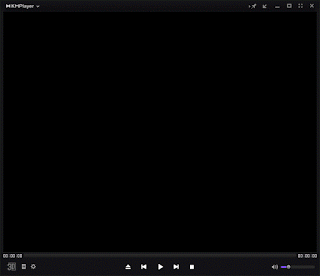 3.  A window will open, go to the location where downloaded subtitle was kept or where the subtitle file is and select it in order to load it by click on Open 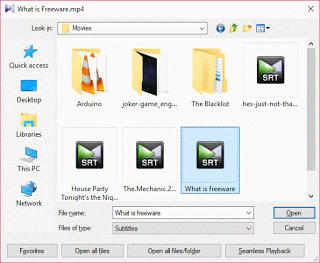 In order to sync the subtitle for the KMPlayer, This is what you are to do:
1.  On the lower left hand corner of the KMPlayer, you will see Control Box On/Off (The position where the red arrow is pointing towards), Click on it or you could press Alt + G on your keyboard.

3.  Click on the fourth option on the Menu bar, Subtitle controls, it has an A symbol.