Android is the most popular operating system for Mobile. It has many great features, but among those features that distinguishes it from its iOS counterpart is the ability to use a third-party launcher and customise things the way you want. A launcher is what shows your homescreen, app, and widgets. If you want something other than the default launcher that came with your Android device, you can use any of the launcher apps below: Niagara Launcher is a great launcher that arrived in 2021 and has gotten attention from Android users. It boasts of cool features that make your Android device stand out. It has an app list that scrolls nicely, moving vertically. This way you can control your device with one hand. The app list also has adaptive features and gets apps to your fingertips. You can use the launcher free of charge and it doesn’t have ads. But for you to upgrade, you have to pay a fee. Nova Launcher is one of the best app launchers on the Google Play Store. It boasts of tons of customisation options that makes it stand out. It works fast, is efficient and lightweight. It features an option to show frequently used app at the top row. App shortcuts exist in the launcher. The app not only allow you to customise app icons, there’s also provision to edit icon labels. There are folder and icon customisations, bunch of gestures and other nice features. 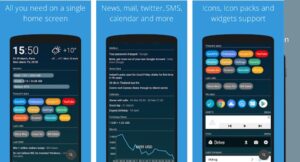 AIO Launcher is a bit different from other launchers. It does not have the typical home screen, instead, it has an information-based single screen. This information covers categories like frequent apps, mailbox, notifications, and more. You can simply swipe forward or backward go access your apps. You have a search button to your bottom left, where you can search apps and contacts. You can even look up information from the internet. 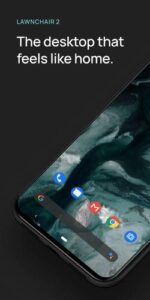 Lawnchair has similarities with the Pixel Launcher. It has that Google feel that fits every Android. It doesn’t have all the cool features that other launchers have, but it looks so much like the Pixel Launcher. And not only does it have that characteristics, it also has more features and customisations than the Pixel Launcher. You can tweak app accent color, create your own shapes, and more. Action Launcher has been in the market for a long time now. The app even prides itself as a better Pixel Launcher. It has lots of great features including, gesture support, icon packs, and Google news feed integration. It adopts some of the Android 12 new features including adaptive icon support, and Quicktheme. Action Launcher even features the stacked widgets which doesn’t exist on Android natively yet..

Launcher have a way of beautifying your home screen and giving you tons of customisation to make your home screen your own. You don’t even need to get technical with using launchers, it just has options for you to choose from. We hope you found this helpful? If you did, kindly leave a comment and don’t forget to share…