GIT is a Version Control System popular among developers. It is an innovative solution that is meant to help developers track changes made to code and files. Git works with your repositories, helping you to commit changes to it. This way, you won’t have to worry about losing code. To use Git, you can use the command line, or developers prefer using Git client which help you use Git in a graphical interface. This way, you perform tasks faster and conviniently. In this article, we cover 5 best Git Client for Windows.

Sourcetree is a capable app that helps you work with Git on your Windows machine. Sourcetree is a simple tool that beginners and advanced users can use. With its impressive interface, you’ll find it easy to use and navigate through it. It is a robust app with remote repo manager that you can use to search and clone remote repositories. The Local Commit Search will enable you locate file changes, commits and branches. There’s also the Interactive Rebase Tool that lets you do clean and clear commits. There’s support for large Git files and there’s the ability to visualise the files displayed in detailed branching diagrams. 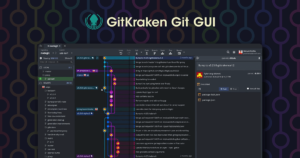 This is another Git client that packs a lot of features. You have a great interface, themes and functions in the app. The app has support for VCS like GitHub, Gitlab, and Bitbucket. It is one of the most attractive Git client with its lot of features. Among these features are in-built code editor with drag and drop functionality, a commit graph functionality which is intuitive and more. There are also sets of collaborative features in GitKraken. You can use the app free-of-charge, although you can upgrade to the premium and enterprise variants to get more features. 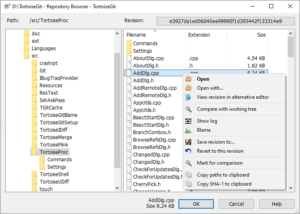 TortoiseGit is a open-source software for working with Git projects. Being open-source, you do not have to spend any money to use the tool. Tortoise Git Client is based on TortoiseSVN Windows Shell UI to Git. It is a easy-to-use app as you can interact with the Windows Explorer familiar UI. TortoiseGit is not IDE-specific, so you can use it with any development programs like Eclipse, Visual Studio, and so on. The tool works really well for DevOps project and large scale projects. 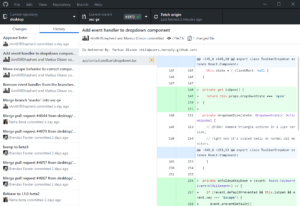 GitHub Desktop is a popular GUI for Git. The app lets you interact with Git in a visual interface. Developers that have their repositories widely used GitHub Desktop. The tool allows you to create new local repositories easily. You can easily collaborate with other developers and keep track of changes. With GitHub Desktop, you don’t need to use the command line; all you just need do is to log into your GitHub account and you can manage your code from the tool. GitHub Desktop has large community of developers supporting it.

Another functional Git client tool is SmartGit. SmartGit runs cross-platform and is available for Windows, Mac, and Linux. Many developers find SmartGit is one of the easiest Git client to use. With Git GUI, you can work with your repositories and perform all the needed tasks. It boasts of an in-built SSH client. It also has a single-view Log window with which you can see commands, index, and working tree all at once. Smart Git allows you to resolve merge conflicts automatically. You can also configure branches straight from it.

Git is a very useful framework for developers but accessing it and using makes the difference. While one can use Command Line to access it, using a Git GUI can make development work faster and more convenient. We hope you found this guide helpful? If you did, kindly leave a comment and don’t forget to share…